The ‘Watch List’ are a selection of cards that are on The Committee’s radar for the next Points Announcement. Their performance in all event results will be actively monitored. This is not to say that other cards are excluded from points changes, simply that the core cards below are on the agenda for mandatory discussion at all meetings during the intervening 3 months. 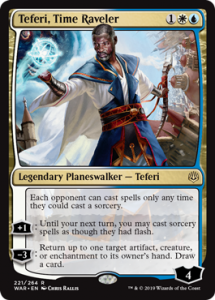 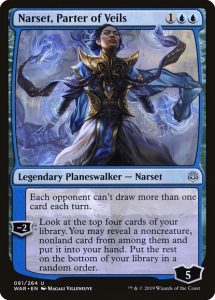 These 3 drop cards may be holding back/ making it hard for combo decks. 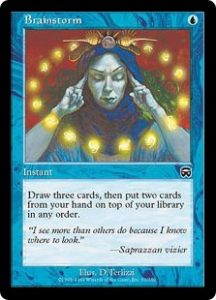 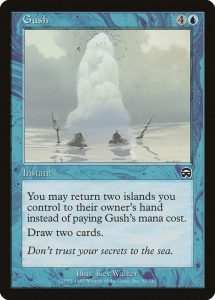 Blue-based tempo decks performed quite well in the league. There are a number of factors involved, but one of the big ones seems to be cheap or free card advantage or card selection, typified by the above 2 cards. Both of these are fairly significant format staples, and we wanted to see the results of the other changes before moving on these (or another blue tempo card, potentially) 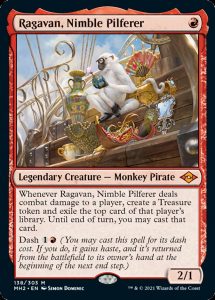 Ragavan is a powerful, flexible threat which provides acceleration and sometimes card advantage. It’s too soon to make the decision to point it, but we’re concerned about it’s power level. 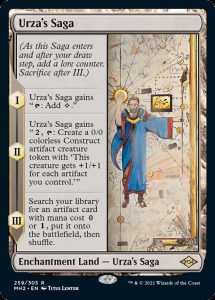 Similar to Ragavan, Urza’s Saga is new, powerful, and potentially playable in a large percentage of decks. 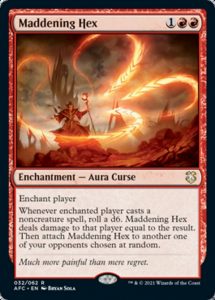 Fresh out of the new D&D:AFR: Commander decks, this card seems potentially extremely backbreaking for any deck not primarily on a creature-based plan. It might be the case that it’s no more ruinous than any number of other 3 mana enchantments that we’re ok with at 0, but we’d like to keep an eye on it. 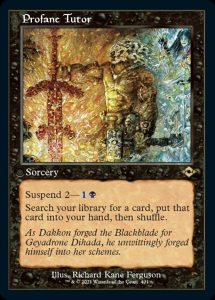 Profane Tutor is a slightly hard-to-judge tutor effect. We want to keep an eye on it in case it is too flexible and powerful in midrange and control decks. 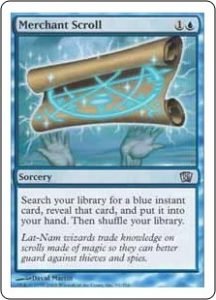 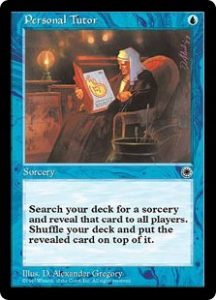 Merchant Scroll is another card that has been discussed to lose a point as a lower quality tutor along with Personal Tutor. 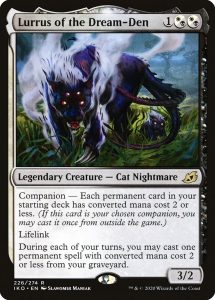 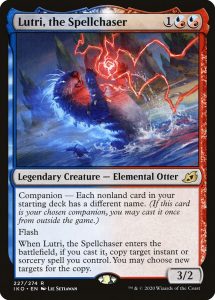 Lurrus of the Dream-Den / Lutri The Spellchaser (+1)

As the power level of the format increases, and the average casting cost reduces, Lurrus gets stronger and stronger. It’s likely we’re approaching a point where it is too good to be zero points. Lutri, despite being at 1 point, is played in somewhat more decks than we’re comfortable with for a companion. 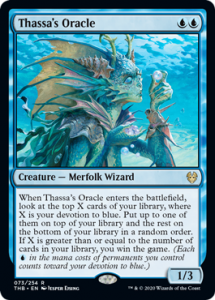 Oracle has a problem of compactness and ubiquity. If Oracle is just the default best combo/control/any blue deck kill condition, that’s not a great state of affairs. Right now, we think Oracle is not quite strong enough for that to be true. But if it was true, moving it to 4 would likely be our next step. 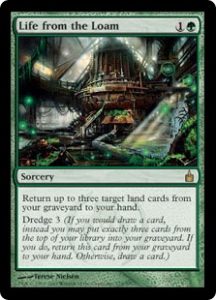 Provides some really good land recursion. Strip Mine, Wasteland and Urza’s Saga being some of the best targets, However the decks that it’s good in haven’t been performing well. There haven’t been a lot of these played in recent tournaments.