Beckett has been playing Magic the Gathering since Innistrad block in 2011. He enjoys the thrill of competition and likes to play on instinct. Beckett can usually be found with a grindy midrange deck in his hands, but has been known to dabble in all archetypes. He helped found the Adelaide Eternal Team after falling in love with Vintage and Legacy Magic. His favorite format however is 7 Point Highlander, which teaches him the most about Magic and life. Outside of Magic, Beckett enjoys a bit of social netball and hanging out with his friends at his Grandma’s pool.

DLS once again hosted a great event with a lot of established players rocking up to hone their skills in a (relatively) new and (certainly) exciting post points announcement environment. I tried my hand at a Big Green Hoof deck, aptly titled: “Craterhoof Behemoth + 59 other cards” after testing it with Nick House and seeing how resilient and powerful it can be (based off his original ‘GW Ramp’ on Moxfield). The addition of Urza’s Saga has given the deck much needed searchable gas off the various Sylvan Scrying effects in the list. In particular Crop Rotation at instant speed… Read More »SA: Dragons Lair Salisbury Highlander 26/03/2022 | Deck Lists & Tournament Report by Beckett Wolfe 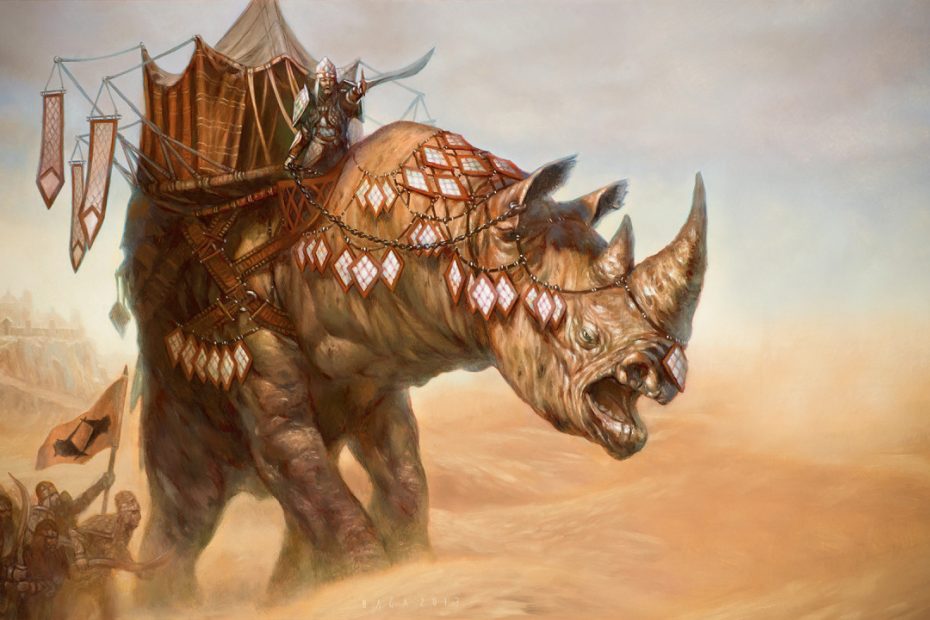 Welcome to a deck primer on Abzan Midrange, also known as ‘Junk’ in 7 Point Highlander! Junk is a part of the Equipment-based midrange Archetype using Green Black White colours. Junk has been an enduring part of  the meta due to its consistent success as well as its ability to adapt to a changing landscape. The decks generic ‘good stuff’ approach lends itself to be accommodating to new card printings, new archetypes in the meta and points changes. This article will give you some basics on how the deck works as well as some specific tips on decisions during match… Read More »Deck Primer: Abzan (Junk) Midrange in 7 Point Highlander

Dragon’s Lair Salisbury hosted a really smooth event with a good turnout of both new and established players (21). 1st -Rob Lark won the title, beating Socrates in the finals. When I asked what archetype Rob would describe his deck as he shrugged and said “I’m just playing the best cards.” I would describe it as Grixis Tempo splashing white for Mentor, Teferi3, Swords, Prismatic Ending. You could call it control I guess; but Rob elected to play Dragon Rage Channeller, Dark Confidant and only 20 lands. He was on an Acall package for his points. Well done Rob on… Read More »SA: Dragon’s Lair Sailsbury Adelaide 04/09/2021 (21 Players)| Deck Lists &Tournament Report

How to Win a Tournament in 7 Point Highlander

In this article I will go through the things you can do and the mindset you can adopt to maximise your odds of winning a tournament. This article is intended for intermediate competitive players entering 20-100 person events.  An introduction to better play Getting started on beating the skill ‘plateau’ I find that a lot of established players plateau. They learn the format, get confident with a deck and can play an event without blundering, but then they stop improving. An important piece of advice for players who have played for a while but don’t seem to be getting results is to look to eek out… Read More »How to Win a Tournament in 7 Point Highlander